Only 2 left in stock

Be the first to review “Dice, Clay” Cancel reply 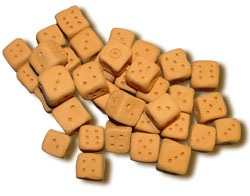