This deceptively simple strategic board game of long ancestry was renamed ‘The Soldiers’ Game’ in the late 18th century when it became popular amongst soldiers of that time, fighting in the Napoleonic Wars.

It has its roots, however, in medieval northern Europe where, though never as popular as the Morris games and Fox and Geese, it was played from the 13th century onwards. The medieval game pitches three hunters against a single hare; whereas in the Napoleonic period three soldiers track down another. 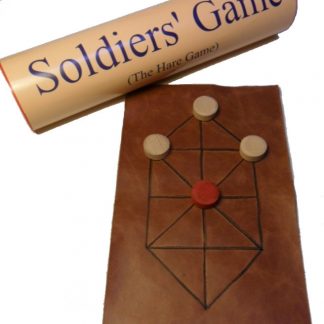