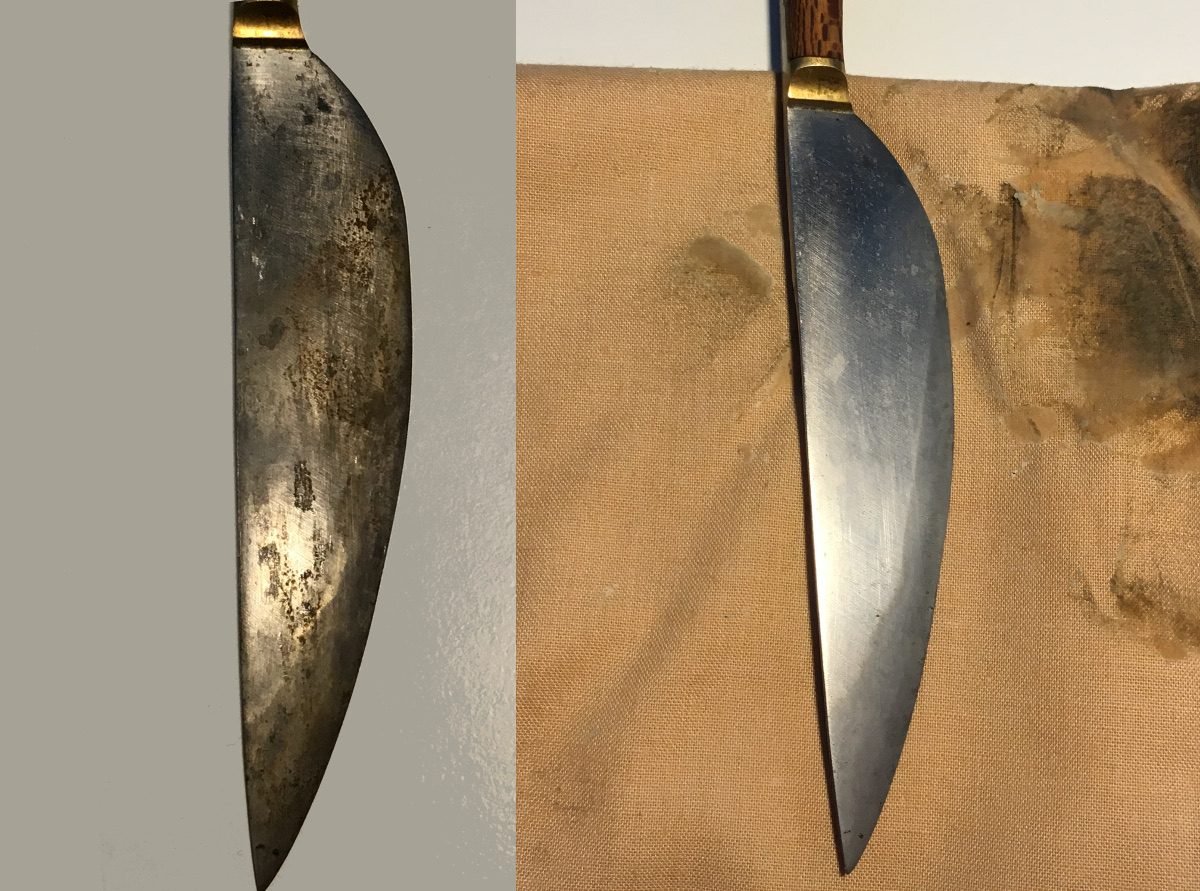 Medieval Fightclub have a range of metal and leather care products, from Traitement Royal, which would be of use to all kinds of re-enactors. I tried out the Le:Balm?Forever Leather Wax and Wax:On polishing compound. The products were supplied by Medieval Fightclub, but they have not otherwise compensated us for this review. 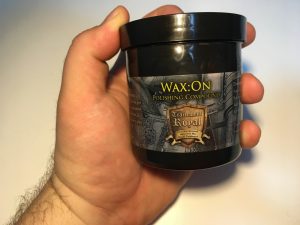 Wax On is a metal polish, for use in cleaning off light rust or other stains. It’s a pale yellow paste with a solvent smell reminiscent of Brasso. I tested it on my Tod’s Stuff C14th dining knife, which had acquired some very light rust and stains from using it on food and not wiping it properly before storage. I put a dab of the paste on a cloth and rubbed at the blade, per the directions, and the rust and staining lifted in a matter of seconds. The paste dries to a pale powder, so you will want to buff it all off after polishing. There is apparently a light wax in the mix to leave a barrier layer, but nothing I could discern. The final finish was matte but very clean. 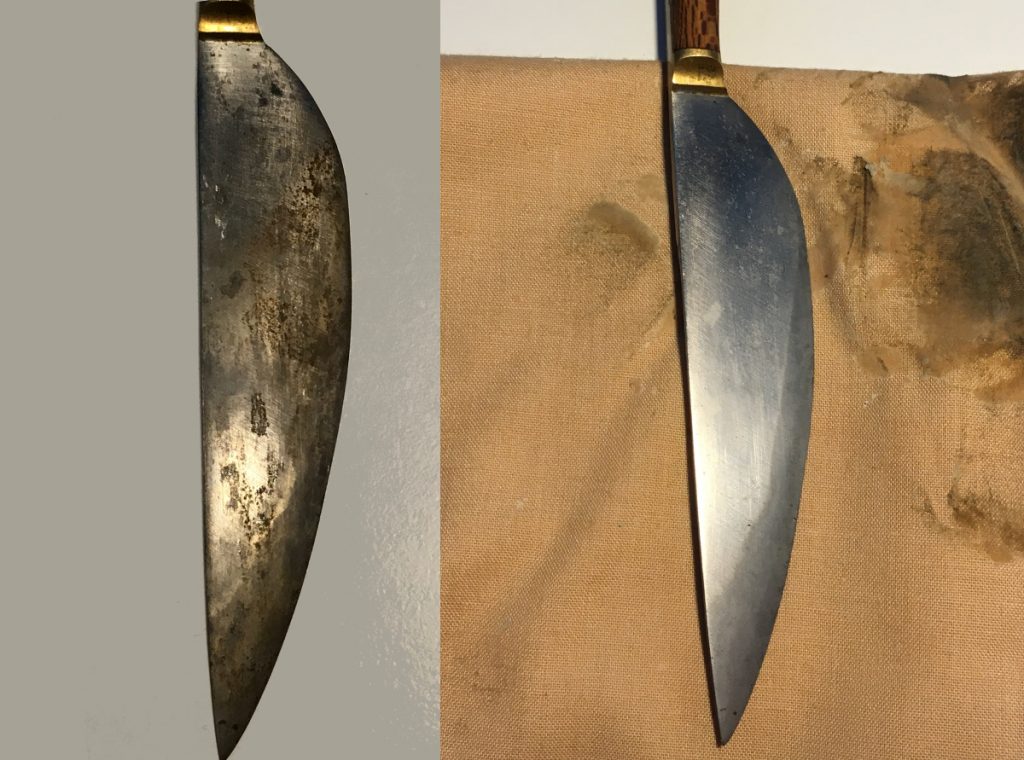 Wax:On is $10 (AUD) for a 180g tub, which is a very generous quantity for the price. That’s ideal when you’ve got plate armour to clean, and have a huge surface area to cover. The consistency is also what I’d want for armour – thin enough to spread around but it won’t go running off either. I’m yet to try it on some armour, but I think it would do a great job. 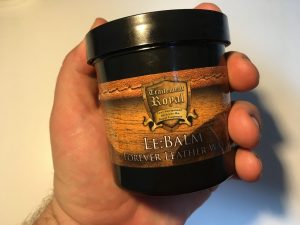 Le:Balm is designed to nourish and prolong the life of leather. It’s a white cream with a faint odour of tallow, but no annoying perfumes. I applied it to some pattens, which had thick veg-tan cowhide straps which had become quite dry. The paste went on easily, but not too easily. That is to say, it takes some care to get an even application, but it’s easier to apply than oilier leather treatments. It definitely contains some wax, as it polishes up nicely with a little elbow grease. It’s thick enough to apply to the flesh (back) side of leather lightly without making oily spots. 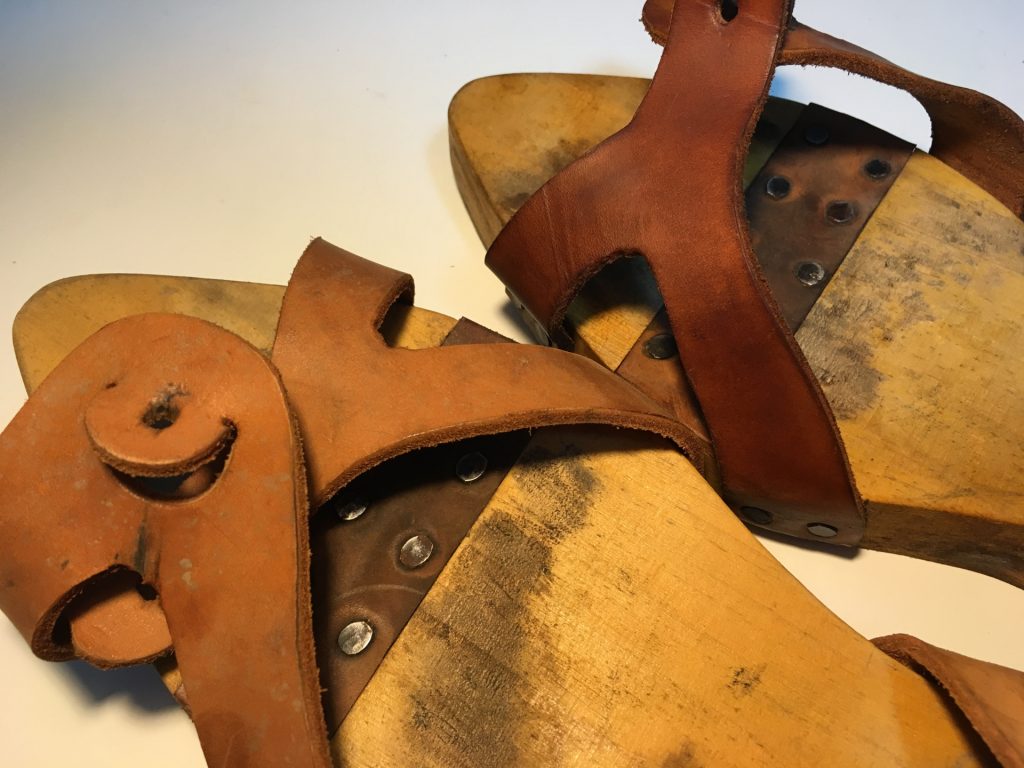 You can see the polish makes the leather darker, shinier and gives it a great look, but this is the party-trick of just about any leather dressing, so I grabbed a pair of dry old medieval boots. I put Le:Balm onto the toe of one boot, and straight tallow onto the other. Tallow is a very traditional leather treatment, but has its drawbacks, with it usually leaving a white residue on the surface. 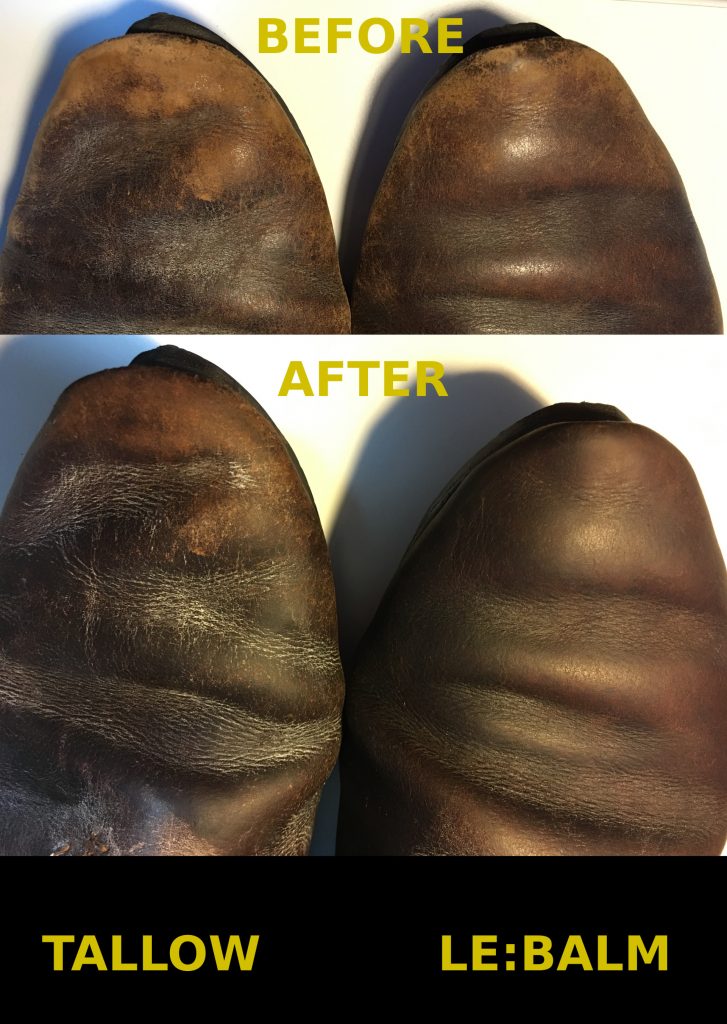 Immediately after applying both dressings, the two were indistinguishable – dark and glossy. After a few minutes though, the tallow soaked into the leather, leaving a dryer looking surface and the expected white residue. The Le:Balm, with its waxes, still looks dark and glossy. Tallow builds up a better finish over 3-4 coats, but for ease of use, I am liking the Le:Balm.

Le:Balm is about $12 for a 170g tub, which is also pretty good value for the quantities you’ll likely use.