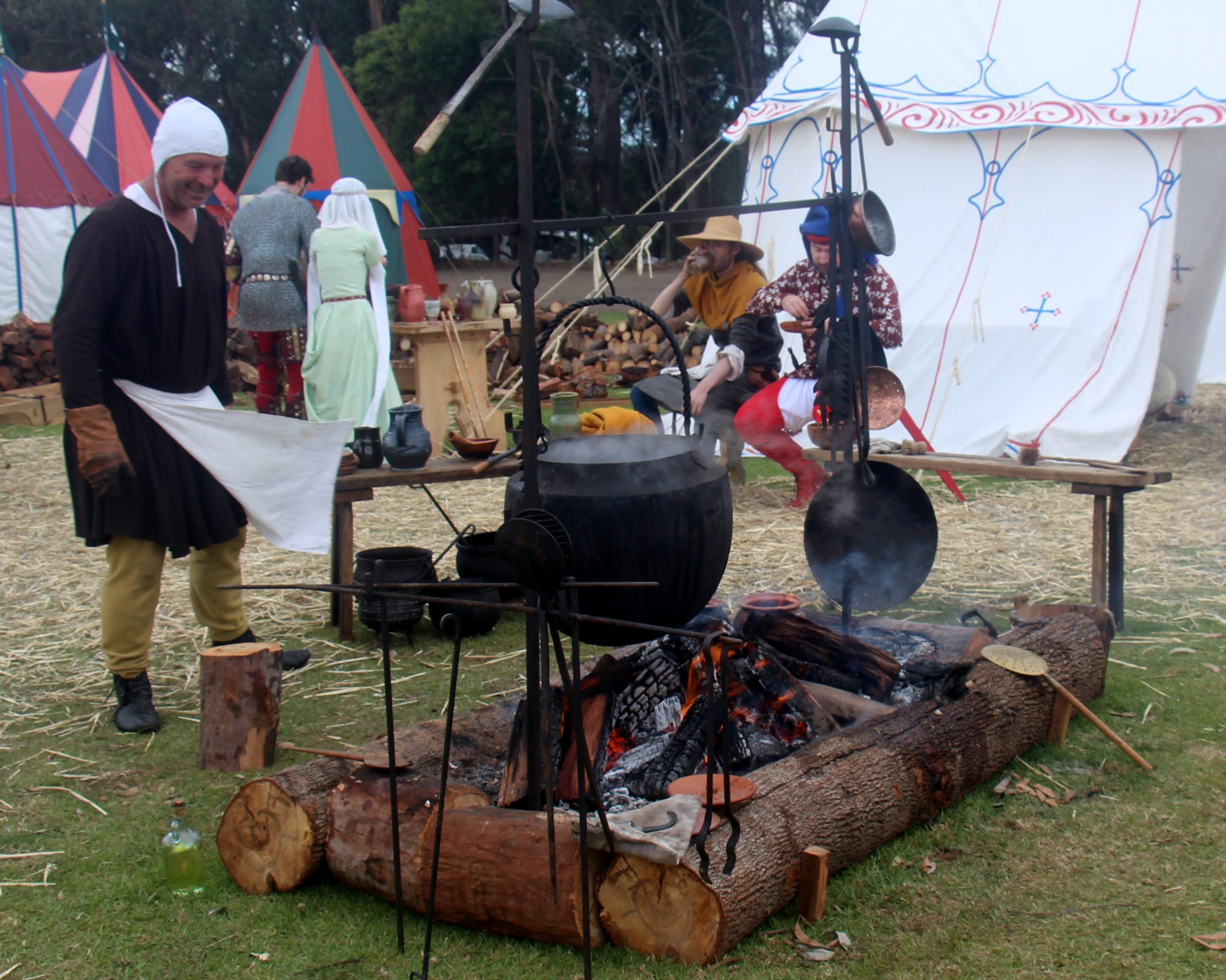 Louise has generously allowed us to publish the 14th century menu for the 2016 St Ives 14th Century Village.

It’s not an accurate representation of how a 14th Century encampment would eat because it needs to take into consideration modern eating times, and the practicalities of cooking in a camp rather than a castle kitchen. But it did work as an excellent modern mediveal faire menu.