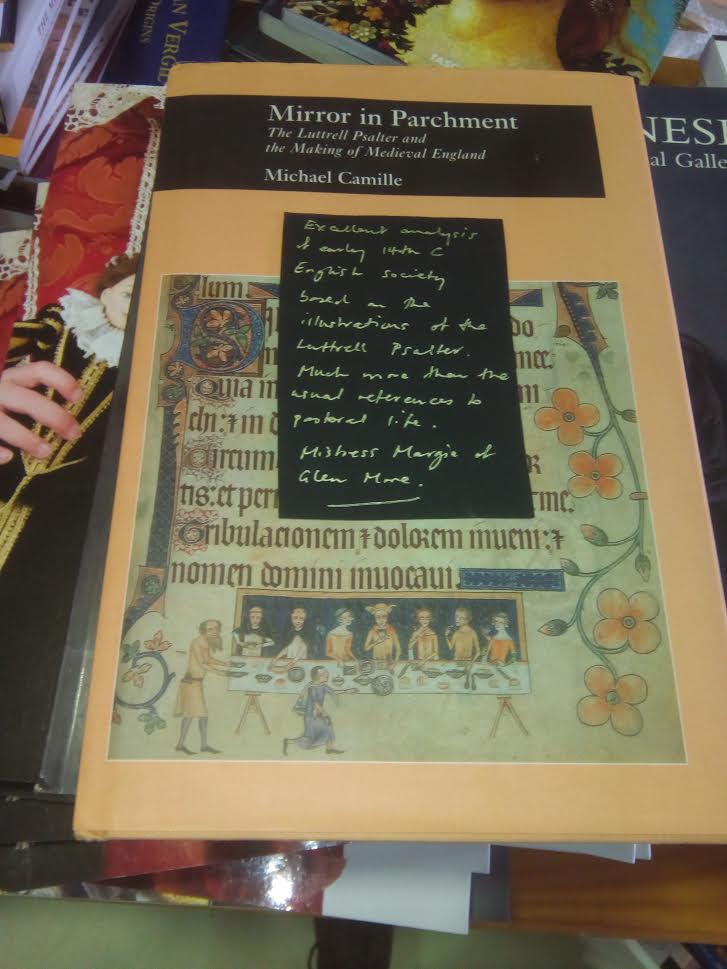 Excellent analysis of early 14th C English Society based on the illustrations of the Luttrell Psalter.

Much more than the usual references to pastoral life

Currently not available through book depository

[tabs] [tab title=”Publisher’s Blurb”] The British Library’s Luttrell Psalter is probably the best-known of all English illuminated manuscripts. Even before it was bought for the nation in 1929, social historians were using it to illustrate early-14th-century agrarian life in the Midlands. This book presents a detailed analysis and critique of the use of these illuminations as records of historical experience, and an examination of the relationship between them and the construction of time past. The Luttrell Psalter was made in order to consolidate the social position of Sir Geoffrey Luttrell as Lord of Irnham at a time when his family was shaken by a scandalous charge of incest. By drawing on research on the village of Irnham as well as on Sir Geoffrey’s manor itself – his tomb, his will and the urban illuminators he employed – the author seeks to show that, rather than serving as a perfect mirror in miniature of a feudal society, the Luttrell Psalter flaunts the cracks and contradictions in the social system of the time, and ultimately heralds that system’s demise. [/tab] [/tabs]