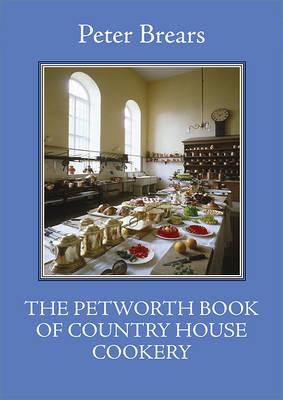 Although the Estate was initially built in the 12th Century, this book is about the family and management of the estate between the First and Second World Wars. (there is virtually nothing about the earlier periods of the estate, which I was greatly disappointed by.)

Petworth was one of the last great kitchens to still be running and this book talks about how that was accomplished.

There are four chapters; The Family and it’s Kitchens; Lady Leconfield and her Chefs; Petworth Recipes; and The Dining Room.

Petworth has some fantastic recipes in it, including one for Rum butter, which was a popular tea time treat, served wither on bread and butter, cream crackers, or scones, or spread on hot toast.

[tabs] [tab title=”Publisher’s Blurb”] Petworth House has been the home of the Leconfield family since it was granted to them by Queen Adeliza, the second wife of Henry I, in 1150. The kitchens dealt with a myriad of natural ingredients from eels and oysters to black pudding and quince jellies. The recipes include Oeufs Soubise made with onion and cream, Petworth Venison Pie, Mint Ice, Friar’s Omelette, an apple pudding which in fact has no eggs, and delicious Carrolines au Parmesan, savory cheese-filled eclairs.Peter Brears is former director of the Leeds City Museums and one of England’s foremost authorities on domestic artifacts, historical kitchens, and cooking technology.” [/tab] [/tabs]