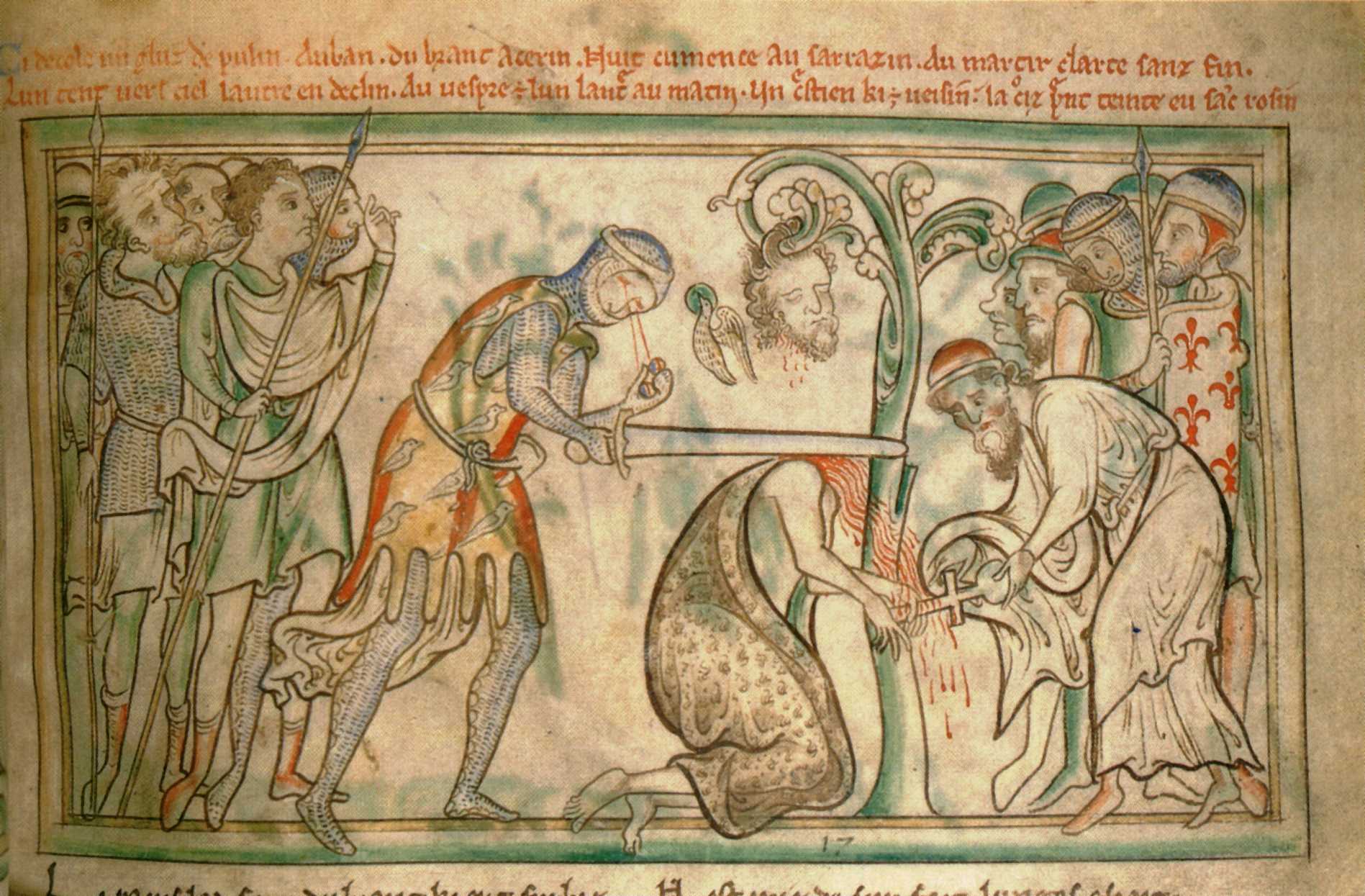 When brought before the judge and required to comply with the rituals of the Roman ?Pagan? gods, Alban refused and declared, “I worship and adore the true and living God who created all things.”

According to the venerable Bede, Alban lived and was martyred in Verulamium (now St Albans) Roman Britain, sometime during the 3rd or 4th Century.There are several versions of the martyrdom but in essence, Alban converted to Christianity while sheltering a Christian priest from persecution having been impressed by the piety and faith of the priest. So much so, that when the Roman soldiers deployed to arrest the priest arrived at Albans house, Alban donned the cloak of the priest and gave himself up in the priest’s stead. 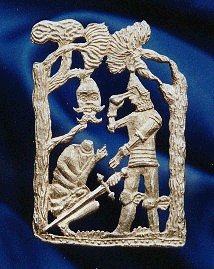 When brought before the judge and required to comply with the rituals of the Roman ?Pagan? gods, Alban refused and declared, “I worship and adore the true and living God who created all things.” (The words are still used in prayer at St Alban’s Abbey).

After various torture, Alban was sentenced to execution by beheading and it is during the journey to his martyrdom that Alban caused several miraculous events to occur including the drying up of a river to allow the execution party to cross to the place of beheading, and a spring to flow forth at the place of execution to slake Albans thirst.

It was here that Alban?s head was struck off, along with the head of the first Roman soldier who was miraculously converted and refused to execute him. Immediately after delivering the fatal stroke, the eyes of the second executioner popped out of his head and dropped to the ground along with Alban’s head so that this second executioner could not rejoice over Alban’s death. It is this scene which is typically depicted in the medieval pilgrim’s Badges of St Alban.

Bede’s?Ecclesiastical History of the English People