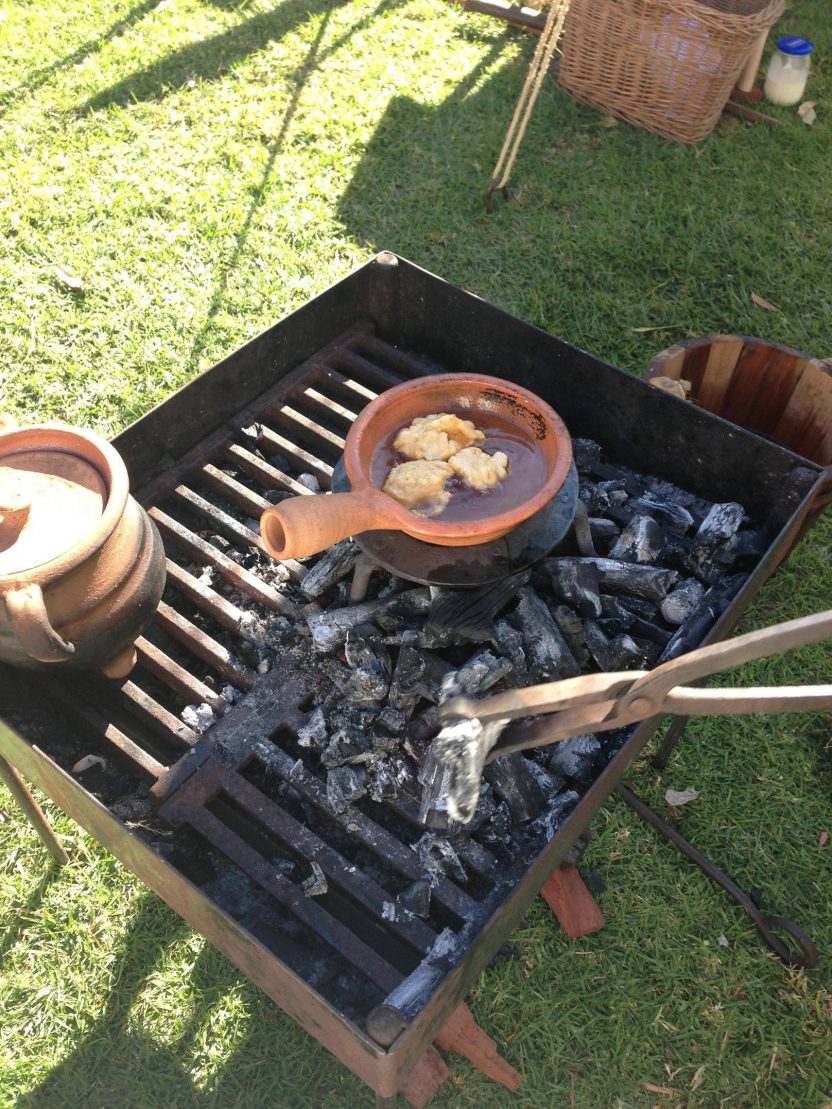 On August 5th, Company of the Staple member Roxy talked about Campfire cooking and cooking with ceramics on a campfire. These are the notes from that talk. These notes were originally posted to Companyofthestaple.org.au

The above image is of a saucepan with oil, for deep frying cheese fritters. It is in a trivet, and being cooked with charcoal.
END_OF_DOCUMENT_TOKEN_TO_BE_REPLACED 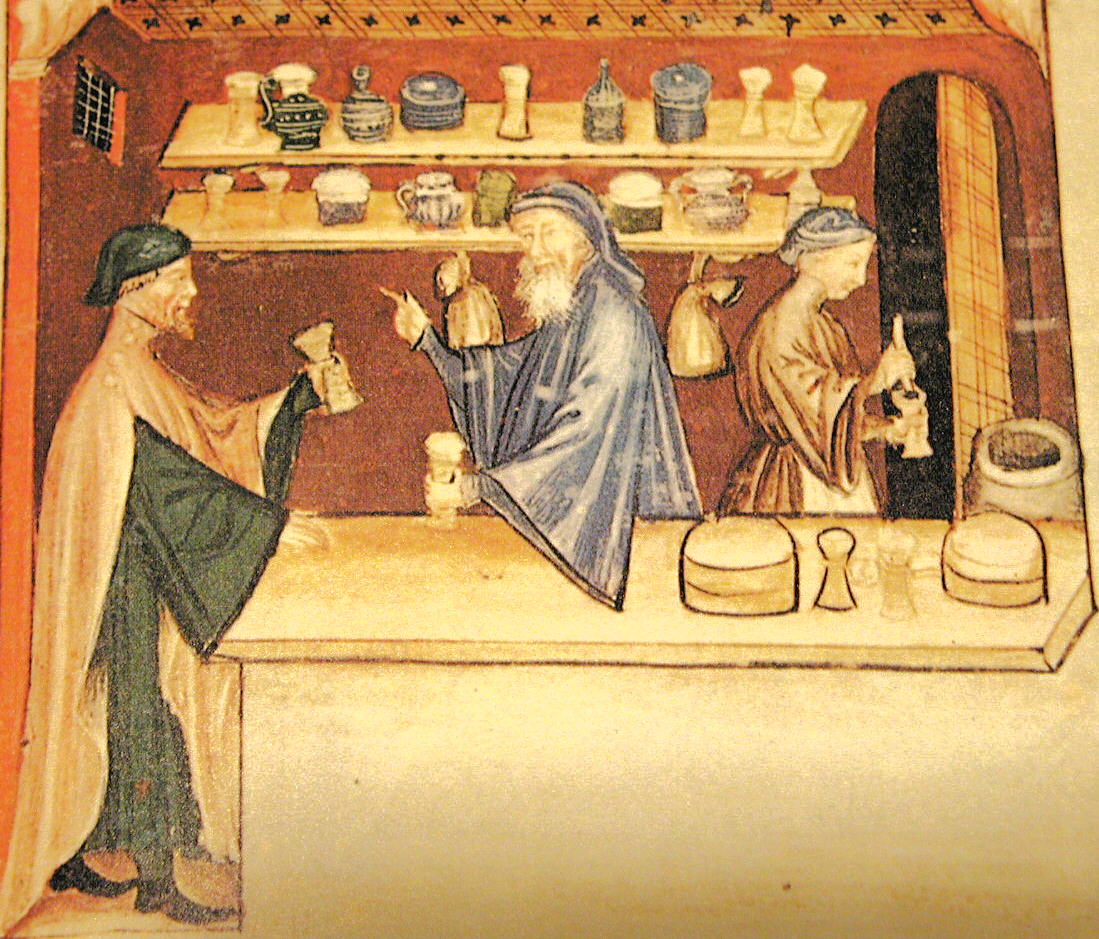 We’ve been offering Beeswax linen covers for pots, cups and jugs for a while now. With the heat of your hand, they can be gently pressed around the container, keeping the inside protected and making it easier for storage and transportation.

Were these extremely handy items a part of medieval life though, or just a ‘re-enactorism’ – one of those things everyone feels is very medieval, without any actual evidence?

We pride ourselves on offering only items which enhance the quality of your re-enactment portrayal and reflect the latest historical research. With no detailed resources available from our supplier, we’ve set out to document waxed linen covers for our readers.
Here are the documented resources that we have so far been able to track down which show what we believe to be linen beeswax covers over the jugs. Any other sources found will be added to this list so that future people don’t need to go nuts trying to track down original extant sources.

END_OF_DOCUMENT_TOKEN_TO_BE_REPLACED

While a physical copy of a book is best, sometimes it’s jsut impossible to get your hands on that rare translation.

So here’s a collection of medieval cookbooks online.

I love Menagier de Paris. It’s a story written by an older man for his new young bride. It not only has several very good (and rather plain compared to the fancy dishes often seen) but also talks about basic household stuff – how to remove stains, how to handle the servants, how to tell which fruit is ripe.

They also have a statistic page where you can see how many times a food group/item appears in a text to see how common it actually was as an ingredient (for instance with Forme of Currye, fish/seafood is the most common meat at 22% of the 286 receipes while duck is in only 2 or less than 1%), onions are in 15%, salt is in 47% and butter is in just 2%.

Roxy’s 20 person lunch – 14th Century
I wrote this document, it’s the receipes I normally use to feed about 20 people for a show event.